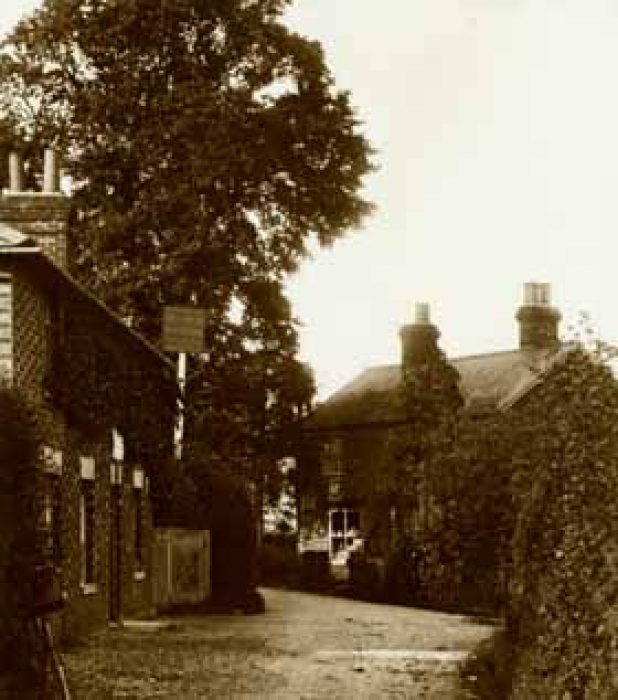 Ernest James Povey started his coal business while living in a bungalow in New Road, Binfield Heath. He transferred the business to the George and Dragon pub, close to Gravel Road, where his brother was landlord and his parents also lived, just before the second world war. Although the coal business was managed there, no coal was stored at the pub. Instead it was brought daily from the railway sidings in Reading. In 1955, when the brewery closed the pub, Ernie bought the property and it became a coal yard. Later, in partnership with his two sons he established a thriving business until gas became available through the local villages; the business closed in 1988. Jean Povey has traced the Poveys back 13 generations to 1679, most of them local to the area.

The Forge Garage in the village centre has maintained everything from pre-war tractors to present day Range Rovers. Three generations of the Cotterill family have looked after vehicles and machinery for local owners for nearly 60 years.

The business was started by Dick Cotterill and shouldering the workload now are his son Mervyn and grandson Martin. Granddaughter, Sarah deals with reception and paperwork and Mervyn's wife, Pauline, also helps out, taking cars for MOT tests or collecting parts. This is a real, independent family business.

Dick trained on Fordson tractors and all sorts of farm machinery. He worked at the agricultural repair shop in the barns of Sonning Eye, then went to Stacey's (now Manor Coach Works) in Common Lane. When he took over the Forge Garage in 1964 from village blacksmith, Fred Jenkins, most of his work was with the Phillimore farm machinery.  "We did everything from cars to tractors and harvesters," he recalls. "Not just mending them, but welding too. Cars were not so sophisticated then. You didn't have all the electronics and locking devices.”

Mervyn joined his father in the business the same year. Apart from adding an extension for the office and a roof over the ramp area, the garage is still much as it was.  "In fact we've still got some of the old tools we inherited from Fred and they're still used from time to time - like the old reamer set of king pins and brushes and the old arc welder. In the early days we used to do absolutely anything mechanical for our customers - including putting handles on old spades and forks and servicing lawn mowers. Now it costs less to buy new tools - and we just don't have the time.

"The old cars were easier to work on but the new ones are better to drive. But a lot of the knowledge is the same,” says Mervyn. "We have a great base of loyal customers and are well known for never giving up on old cars. We never dismiss a car as a write off until we've tried everything! This is a small business and it's getting harder to keep going in face of the big competition but many people still appreciate personal service and a garage they know.”

Mervyn and Pauline bought the house next to the garage when they acquired the freehold for the business. Sarah and Martin live nearby. “I have no idea whether little garages like us can keep on indefinitely or whether there might one day be a job for my son too - but I'd like to think so," adds Martin.

Get the latest newsletter